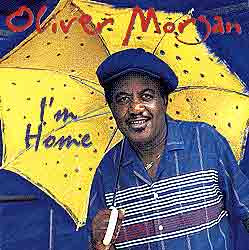 Just received this from the Yahoo Post war email list. New Orleans musician and recording artist Oliver Morgan died. He had one hit back in the mid 60s known as Who Shot The La La. According to his obit, he returned to New Orleans and played there until Hurricane Katrina. He then moved to Atlanta. In 1998 he recorded an album called I'm Home.

To read his obit Click HERE.
Posted by Blues Historian at 8:40 PM