Bluz Newz Entertainment ~ bringing Soul and Blues to the forefront.

To have your show featured here or report any errors or corrections...email us at macdobbins@sweetangel.org.

THIS PAGE IS UPDATED FREQUENTLY...PLEASE CHECK BACK OFTEN.

Bluz Newz Entertainment’s purpose is to bring Soul and Blues to the forefront. We provide one of the most comprehensive soul and blues concert listings for informational purposes. We are not a booking agency nor are we responsible for the events listed unless otherwise notified. To list your event, simply respond to this email.

Along with THE DUCHESS, UNEXPECTED, FALISA JANAYE' AND CANDY FOX

MLK Parade,Family Day & Concert
Lake Charles, Louisiana
10am until 12 midnight
Free to everyone 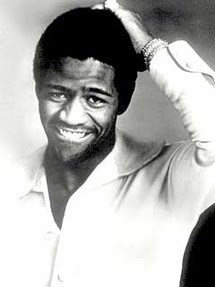 "BRINGING THE SOUL AND BLUES TO THE FOREFRONT."

Posted by Blues Historian at 7:37 PM No comments:

This came in this morning from Randy Alexander. the great Teddy Pendergrass has died.

***UPDATING TO INCLUDE FUNERAL ARRANGEMENTS***
For Immediate Release

THE SOUND OF PHILADELPHIA LOSES ONE OF ITS MOST POWERFUL VOICES

AND “ONE OF THE GREATEST”

PHILADELPHIA – TEDDY PENDERGRASS, one of the leading soul singers of all time and R&B’s reigning sex symbol in the 1970s and ‘80s, died last night following a prolonged illness.

The legendary, Grammy Award-nominated singer-songwriter, whose powerful vocals helped define The Sound of Philadelphia, first with Harold Melvin and the Blue Notes before breaking out with an incendiary solo career, passed away at Bryn Mawr Hospital in suburban Philadelphia, where he had been hospitalized since August. He was 59.

The force of his masculine vocal prowess and sex appeal of his passionate love ballads forever linked Pendergrass to Philadelphia International Records like Marvin Gaye to Motown, Otis Redding to Stax/Volt and Sam Cooke to RCA.

Starting in 1972, Pendergrass propelled a string of hits with the Blue Notes such as "I Miss You," "Bad Luck," "Wake Up Everybody," and the two million seller "If You Don't Know Me By Now." In 1977, Pendergrass launched a solo career and continued the arsenal of hit singles that took him around the world with "Close the Door," "Turn Off the Lights," "I Don't Love You Anymore" “Love T.K.O.,” and many more, earning five Grammy nominations for Best Male R&B Vocal Performance. Together, his voice led a string of consecutive platinum records.

Pendergrass later became an inspirational figure to millions in the 28 years since he was left quadriplegic from a horrific 1982 car accident. He established the charitable Teddy Pendergrass Alliance (TPA) in 1987, and in 2007, formed a partnership with the National Spinal Cord Injury Association to help people with injuries during the early stages of recovery, which led to his recognition that year as one of the most influential SCI activists with his induction into the Spinal Cord Injury Association Hall of Fame.

In a joint statement, legendary producers and recent Rock and Roll Hall of Fame inductees Kenny Gamble and Leon Huff, who brought Philadelphia soul music ("The Sound of Philadelphia") to "people all over the world” said:

“Teddy Pendergrass was one of the greatest artists that the music industry has ever known, and there hasn’t been another one since. We’ve lost our voice and we’ve lost our best friend, but we’re thankful for what we had. It was beautiful. He was one of the best.”

Born in Kingstree, SC, and raised in Philadelphia, Theodore DeReese Pendergrass, Jr. dropped out of Overbrook High School in his junior year to pursue his musical dreams. In the late-’60s, he landed a gig as drummer with the great doo-wop group the Cadillacs. Around 1970, some of the members joined Harold Melvin in the Blue Notes. Teddy came along, but his strong vocal style – heavily influenced by Otis Redding and Marvin Junior of the Dells – soon got him promoted to lead singer. When Harold Melvin and the Blue Notes were signed to Philadelphia International in 1972, it was the beginning of a four-year string of hits, all showcasing Teddy’s dynamic vocals. They made their chart debut with, “I Miss You,” then their first #1 hit, “If You Don't Know Me By Now” and “The Love I Lost,” also #1, and their final #1, “Wake Up Everybody.” More Pendergrass-driven Blues Notes classics include “Bad Luck” (#4 R&B #1 Dance) and “Don’t Leave Me This Way” and “Bad Luck.”

By 1976, Pendergrass’ star had risen into the stratosphere. He was a dominating, commanding figure for black America, and referred to at the time by Mr. Gamble as “the Black Elvis.” In fact, at the time of his accident, like Elvis, Pendergrass was readying to launch a Hollywood movie career, with Sidney Poitier set to mentor.

Pendergrass’ solo career began in spring 1977, with the solid R&B/pop crossover hit, “I Don’t Love You Anymore,” from his self-titled debut LP (also the source of his next crossover, “The Whole Town’s Laugh­ing At Me”), instantly sending his sex symbol status into the stratosphere. Women from around the world, of all racial backgrounds, would attend his concerts and literally throw themselves and their clothes on stage, just to get Pendergrass’ attention, or attract a kiss while he sang to them. He drove women so wild on stage, that he became the first artist to establish “for women only” concerts.

His second album, 1978’s Life Is A Song Worth Singing, brought his Philadelphia International Records a #1 hit, “Close The Door,” and the follow-up, “Only You” (plus such memorable tracks as “When Somebody Loves You Back,” “Get Up, Get Down, Get Funky, Get Loose,” and the title tune). The next album, 1979’s Teddy, kicked off with the #2 smash, “Turn Off The Lights,” followed on the charts by “Come Go With Me,” and also including “I’ll Never See Heaven Again.” After a double-LP live album that Christmas, Pendergrass came back in the summer 1980 with TP, containing his signature #2 hit “Love T.K.O.” and a duet with Stephanie Mills, “Feel The Fire.” The hit streak continued in late-’81 with the album It’s Time For Love, and another signature tune, the #4 hit “You’re My Latest, My Greatest Inspiration,” along with the title tune and “Nine Times Out Of Ten.”

After recording his next album, Pendergrass suffered a life-altering automobile accident on March 18, 1982, that left him partially paralyzed from the waist down with a spinal cord injury. A prophetic single was issued in May, “This Gift of Life,” from the new album that followed in August, This One’s For You. A lengthy rehabilitation followed, culmi­nat­ing in the release of his final (eighth) album for PIR in 1984, Heaven Only Knows (with his final PIR chart single, “I Want My Baby Back”). Later that year, Teddy moved to Asylum Records and rallied back onto the charts with Love Language, and his first crossover hit in three years, “Hold Me,” a duet with Whitney Houston.

Pendergrass’ comeback was celebrated with his heroic performance at the Live Aid concert in his native Philadelphia on July 13, 1985. He went on to release four more albums through the ’90s on Asylum and its sister label Elektra, among them Joy (1988) and Truly Blessed (1991, which spun off the #1 R&B hit, “It Should’ve Been You”). Pendergrass continued on occasion to perform, most recently at the June 2007 Philadelphia concert, “Teddy 25 – A Celebration of Life, Hope and Possibilities,” and lead various philanthropic ventures.

At "Teddy 25," at which he announced “instead of being saddened by this milestone,” he was “deeply overwhelmed with a sense of gratitude to all the people who have helped me overcome the many fears and difficulties I would ultimately encounter as a disabled person." To celebrate his milestone, Philadelphia International Records released THE ESSENTIAL TEDDY PENDERGRASS. The double-disc set marked two anni­versaries – 35 years since his first recordings as lead singer with Harold Melvin and the Blue Notes (starting in 1972, with “I Miss You” and the #1 “If You Don't Know Me By Now”), and 30 years since Pendergrass’ emergence as a solo artist in 1977 (“I Don’t Love You Anymore,” from his self-titled debut album that year).

Pendergarss’ songs have been sampled by numerous soul and R&B artists, and have used in a number of TV commercials and films around the world, including the "Nutty Professor, Old Navy and Chevrolet.

Gamble & Huff wrote over 3,000 songs within 35 years, including R&B #1 hits, pop #1 hits, gold and platinum records, Grammy winners and BMI songwriters' awards honorees. Featured prominently in television programs ("The Apprentice"), films ("The Nutty Professor") and advertising spots (Verizon, Old Navy, The Gap) for more than 30 years, Gamble and Huff's songs have entered the musical DNA of contemporary culture. In fact, one of their songs is played on the radio somewhere in the world every 13.5 minutes. With a stable core of artists led by the O'Jays, Harold Melvin and the Blue Notes, Billy Paul, MFSB and the Three Degrees, Gamble and Huff co-founded Philadelphia International Records and created monster hits almost from the first day of its inception. Songs they have written and produced together, like "Back Stabbers," "Love Train," "For The Love Of Money," "If You Don't Know Me By Now," "Cowboys to Girls," "Don't Leave Me This Way," "Enjoy Yourself," "I'm Gonna Make You Love Me," "Only the Strong Survive" and "TSOP," have received songwriters' awards from Broadcast Music International (BMI). All told, the Gamble-Huff/PIR music machine has generated over 100 Gold and Platinum records and over 70 #1 hits.

RIP Teddy Pendegrass, March 26,1950 - January 13, 2010. Best known for his stirring, romantic soul songs of the 70s, Pendegrass rose to popularity as lead singer of Harold Melvin and The Blue Notes, before creating a string of his own hits. Pendegrass' life was severely altered in 1982, when a tragic auto accident left him paralyzed. Despite his crippling injury he remained active in music throughout his life. He also created the Teddy Pendergrass Alliance, a foundation that helps those with spinal cord injuries. He died in Philadelphia on Wednesday of complications from colon cancer. He was 59. He will be remembered as a superstar of the highest degree. For his complete life story click here.

This is from the Rhythm And Blues Foundation

IN REMEMBERING FORMER BOARD MEMBER

Legendary Soul Singer to be laid to rest this weekend

in organization’s - and artist’s - home town of Philadelphia

PHILADELPHIA – As R&B and Soul legend Teddy Pendergrass is laid to rest this weekend, the Rhythm & Blues Foundation - the pre-eminent non-profit organization dedicated to Rhythm & Blues music - spoke today for the entire R&B community in not only expressing its sympathy to the Pendergrass family, but its love and appreciation for the lasting impact its former Board member continues to have on the lives and careers of countless artists for generations to come.

“Teddy Pendergrass was a one-of-a-kind voice and a one-of-a kind person whose contributions and impact on R&B music cannot be measured,” said Williams. “His dynamic voice, impeccable style, and warm personality were truly a gift to the world. Teddy was a dear friend and colleague of the R&B Foundation, who served diligently on our Board of Directors for several years. We’re especially proud that his home town of Philadelphia is our home as well, and we applaud and cheer Teddy for his life’s work. He was truly, as one his many hit songs reminds us, one of our ‘greatest inspirations.’”

For complete information about the Rhythm & Blues Foundation, go to www.rhythm-n-blues.org.