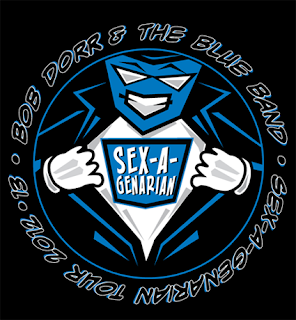 Holy Shamoly there sure are LOTS of things to do this weekend. The weather is predicted to be picture perfect (how many more good weather weekends can we really expect?) and TONIGHT (Fri) we have been invited to play at the brand new RiverLoop Amphitheater on the bank of the Cedar River behind the Waterloo Center For The Arts! (225 Commercial St) This is a phenomenal live music/performance art facility that just opened about 6 weeks ago. President Obama spoke there a few weeks back. There is now a bike path that rolls right to the amphitheater and I heard from someone today who says they are planning to kayak in on the river! (is that how you spell that little one person boat that Eskimos use?) It's an all ages show, presented by the Waterloo Center For The Arts with no admission charge, food and beverage available for sale AND it's GEEEEZER GIG HOURS! 5:30-9:15ish. What's not to like, right Avis? Especially if there's CAKE! (the word KAYAK reminded me of CAKE) http://www.waterloocenterforthearts.org/riverloop/...
We don't get the chance to play many bars/taverns (we're UNGodly expensive) (or so I'm told by bar owners) For some reason, I really enjoy playing at The 503 Nightclub (503 Estes St) in Eye Waffles (Iowa Falls) It probably has something to do with friendships that have lasted for the 35 years since I started playing Dan's Place in 1977. We return to The 503, Saturday night, 9-mid. The bar people are fantastic, the food is good, there's always cheap Kamikaze's, and a pleasant time is guaranteed for all!...
We're kinda looking at this weekend's dates as a Bon Voyage Tour, as we're taking off to play The Denver Marathon the morning of Sept. 22, (whoa, we're scheduled to START playing at 7:40am) (Coloradans, we'll post the Marathon appearance info on our Tour Calendar page (http://www.theblueband.com/cal.htm) as soon as we have it) That's followed by being part of the wedding celebration for our friends Kathleen and Jesus (Hey, Zeus!) that night. That'll be a test of sex-a-genarian stamina! Couple that with a 12-14 hour truck ride on either side of that day and it starts to remind me of the good ol' Tough But Dumb Tours of the 90s, except that gas wasn't $4 a gallon in the 90s! (one of the two trucks going out there gets 10mpg, the other 20. YIKES, we picked a hell of a time for a gas spike!) (sorry Dolores) It's been 6 or 7 years since we traveled as a pack for more than two days! I'm already stressin', a week before we go. Maybe this will get my dream of getting back out on the road out of my system!...
Remember, this is the week of the first EVAH Backtracks rock 'n' roll history radio show IN THE AFTERNOON! After 30+ years on Sat. nights, the show is moving to 3-5p Sat. afternoons. The really cool part of that move is that the show will now be heard on Iowa Public Radio's 90.1 frequency and consequently, Ames, Des Moines, Central and Western Iowa will be able to listen to the show via the airwaves! There's LOTS of leftover requests from last week's LIVE show, hope you can join me for this inaugural daylight trip in the wayback machine! http://iowapublicradio.org/studio-one/backtracks/ and the Sunday evening Blue Avenue show is all about women in today's contemporary blues scene (all the music was released in the last 18 months) it's Ladies Night! http://iowapublicradio.org/studio-one/blue-avenue/
It's starting to get real thin as far as booked dates in November and December. Spread the true blue word to anyone looking for Holiday party entertainment. Remember, Jeff and I can deliver our duo or the full 8 piece horn band or anything in between. We need the work. http://www.theblueband.com/contactBob.htm
Because of the Big Trip coming up next week, there probably won't be a Blue Note. There will probably be a "what I did on my trip to Colorado" note after we get back. (look out Ogallala Nebraska, here we come!) (I just like saying Ogallala) See ya on the endless Blue Highway between Lincoln and Ogallala, rub yer washboard to the beat of On The Road Again, don't forget the basic travel rules: pee when you can and the pack moves as fast as the slowest guy, and always know that we love you. Bob Dorr & The Blue Band
Posted by Blues Historian at 10:40 PM No comments: