I wanted to let you know about a special benefit concert we're playing at this Saturday:

This is for a young fellow named Hampton VanDyke, who is the nephew of one of my friends from high school.

There will be teams of people taking turns in rocking chairs throughout the day, and raising money to help Hampton and other kids affected by LCH.

When I heard it was a "Rock-A-Thon," I thought "Wow, I'd like to help out with that."  Even though it turned out to be a "different kind of rockin'," the organizers invited us out to play anyway.  :)

There will be two other acts donating performances, and the whole event will run from 12-6 pm.
I hope you can join us for this worthy cause!

Then, on Sunday, I'll be leading another workshop at High Strung - this time we'll cover "The Many Styles of the Blues"; focus will be on Delta, Piedmont, and Chicago Blues.  Come on out and learn a new tune or two!

Sunday, Sept 25
High Strung Violins and Guitars
$20 per student
1116 Broad Street
Durham NC 27705
(919) 286-3801
http://www.highstrungdurham.com
Stay tuned for "Woofstock" next week, and then a whole tour through the Deep South culminating with King Biscuit! 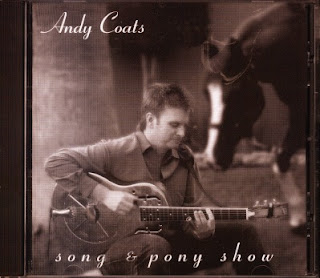 http://www.youtube.com/andycoats2002
Posted by Blues Historian at 10:30 PM No comments:

Posted by Blues Historian at 10:28 PM No comments:


RIP Willie "Big Eyes" Smith - January 19, 1936 to Sept 16th, 2011. It is with great sadness that we report the unexpected passing of one the true greats of the blues. Willie "Big Eyes" Smith. Willie passed away this morning of a stroke. He was 75 and was musically active until the very end. A brilliant drummer, harmonica player and vocalist, he represented the true essence of Chicago Blues, and was highly regarded by all as an undisputed master. He was an alumni of the Muddy Waters band and wore those stripes with honor. Willie "Big Eyes" Smith was born in Helena, Arkansas in 1936, and started playing harmonica at age 17, shortly after moving to Chicago. His harmonica first appeared on record in the 1950s gracing recordings by Arthur "Big Boy" Spires, and Bo Diddley (Willie played the harmonica on the Diddley classic "Diddy Wah Diddy"). At some point in the mid to late 1950s he started playing drums and in 1959 began his long association with Muddy Waters. Smith's drumming first appeared on record on Muddy Waters' 1960 album release of Sings Big Bill Broonzy. Smith had a real gift for drumming and his playing would help to define the later Muddy Waters Band sound. Many of us remember the classic Muddy Waters lineup of Muddy, Willie, Pinetop Perkins, Bob Margolin, Luther "Guitar Junior" Johnson, and Calvin "Fuzz" Jones. In June of 1980 members of Muddy's band struck out on there own, and formed the Legendary Blues Band which eventually found Willie as the lead vocalist, showcasing his stellar, down-home vocals. Willie released his first solo album, Bag Full of Blues in 1995, which firmly established him as an artist in his own right. Willie would revive his first instrument in later years, and in 1996 he would release Way Back, which debuted his new direction, and showed him to be a solid harmonicist. His final recording, Joined At The Hip was a collaboration with the now deceased Pinetop Perkins, and it it earned the two a Grammy in the Traditional Blues category. We have just touched upon a few of the many recordings of Willie "Big Eyes" Smith who's discography as both a frontman, and a sideman represents the highest of heights in the blues. Willie had a strong work ethic and was a consummate professional, and as a result he worked relentlessly. He won numerous BMAs (Blues Music Awards) as "Best Blues Drummer", and he always carried great bands with him. Of note is the wonderful management of Patricia Morgan, who helped guide the later part of Willie's amazing career, and the impressive booking of Blue Mountain Artists. Also thanks to Willie for bringing out the wonderful talent in his band with Jimmy Mayes, Bob Stroger, "Little" Frank Krakowski, and for his wonderful collaborations with other Muddy alums. Willie leaves his greatest legacy with his son Kenny "Beedy Eyes" Smith, who has become one of the world's greatest blues drummers and carries on his father's sound and tradition. Prayers for all of Willie's family, friends, fellow musicians, and fans as we say goodbye to one of the greatest blessings of the blues. We love you "Big Eyes". To visit Willie "Big Eyes" Smith's website click http://www.williebigeyessmith.com/. Funeral information to follow.
From Bob Kieser
Posted by Blues Historian at 9:23 PM No comments: