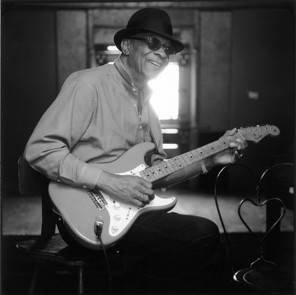 Hubert Sumlin has died for more information Read HERE.  Hubert was one of the last of the great Chicago guitarists from the golden age of Chicago blues.  He played with the legendary Howling Wolf for many years.  Will update when more information becomes available.

Posted by Blues Historian at 7:12 PM No comments: 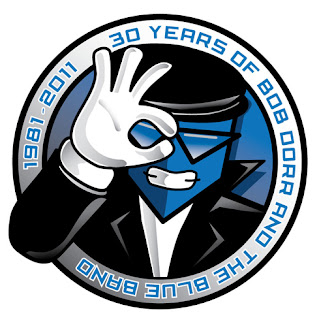 I got an early Christmas present. The Chief volunteered to go into his new job and work the Sunday of Thanksgiving weekend in order to build up enough comp time to be the drummer in the band TONIGHT! And it couldn't have come at a better time. The Main St. Waterloo organization is throwing a big WinterLoo Christmas party at The Black's Building in downtown Waterloo. This is an indoor version of their popular FridayLoo series of concerts in the summer, which got hit by bad weather many times this past year. Consequently, this is a fun way to raise some funds for next summer's shows. Just like the FridayLoo events, this is an after work, 5-8:30pm event, open to the public, free of charge, all ages welcome. Beer and food venders all on sight. A Christmas tree lighting in the park across the street and a visit from the Fat Man (Santa, not Elvis) are also part of the festivities. Mistletoe optional (BYO) Ho Ho Ho!...
The Chief will also be with us New Year's Eve (http://www.theblueband.com/newyear.htm) (can you BELIEVE New Year's Eve is 4 weeks from tomorrow??!) and thinks he can build up enough comp time to be with us for my BIG Birthday bash in January at The Hub. But he doesn't think there's enough time to qualify for comp time NEXT Friday for The Blue Christmas party at The Hub. We are assembling a really great list of potential drummer subs from all over the state and hope to start a series of auditions in the next few weeks. For now, my long-time friend John Rohlf is going to try and learn 35 songs in a week and help us out next Friday. After that, we have no work scheduled til New Years (still time to hire us for that Christmas House Party in your basement or (heated) garage!) We'll probably use some of that time do some of those auditions, so keep spreading the word, we're still interested in talking with more potential drummers for The Next 30 Years Tour...
I am at once cursed and blessed that I sincerely love what I do. Not many people have as much fun at work as I do. If the opportunities to have that fun continue to come our way (and we can find a drummer!) I've got to take them, cuz I am a gig junkie and there doesn't seem to be a 12 step program for that affliction. Feed my habit! (http://www.theblueband.com/contactBob.htm) See yas on the BlueLoo Highway, play your washboard tie to the tune of Little Drummer Boy, seasonal baking should always include Christmas CAKE, remember that sometimes naughty IS nice, and always know that we love you. Bob Dorr & The Blue Band
Posted by Blues Historian at 9:29 PM No comments: