All news BLUES in the US!

News, photos, reviews, live Blues links & MUCH MORE in this issue! - Scroll or Page Down! 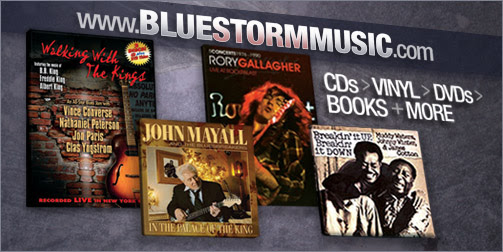 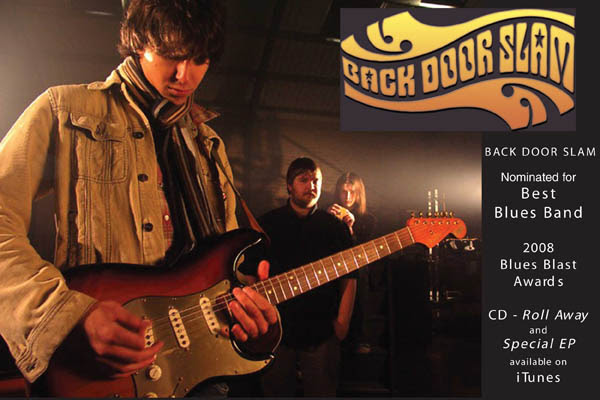 Posted by Blues Historian at 6:39 PM No comments:

Posted by Blues Historian at 9:56 PM No comments:

Billy Jones Bluez sent me a lot of great promo material for you to look at. If you haven't checked out his music yet, then you need to! I have some past posts about his music HERE Billy Billy Jones Bluez is the real deal, and is one of those hard working blues/soul performers who travels and plays the blues as many nights as he can. Much like Bobby Rush, Billy Jones Bluez is one of those hard working bluesman that deserves more attention than he has gotten. So go to your local blues bar and tell them to book him now!!!

"One of the very Best Authentic Modern Blues and Rock albums in recent memory."

" the Incredible resurrection, metamorphosis and re-invention of Blues and Soul music."

What music critics have to say about Billy's new cd 'my Hometown' :

"It certainly caught my ear which is saying something!! I will give it another listen soon."

“Billy Jones is the kind of artist that’s worth getting excited about. He wants to change the world, one listener at a time, and it’s an awfully exciting thing to be able to be a fan of an artist who believes that music can still be a vehicle for change.”

"Whether talking about the incredibly soulful and funky opener, “Here With You,” the slithering and additively seductive groove of “Crystal,” the rolling bass-line and plaintive vocals of “The Clown,” the gorgeously realized mixture of frustration and hopeful dreams locked into the aching soul-groove of “My Hometown,” down to the rollicking guitar line on “Bluez Comes Callin’” that closes the album, it’s as if every song chastises me for never having heard of this man or his music before now.

At times dark, mysterious, downright funky, and always compelling, each of the ten songs on the album guarantees I’ll be back for more."

"While I love and adore more traditional blues artists such as Son House, Howlin’ Wolf, Robert Johnson, Buddy Guy, John Lee Hooker, etc., it was just so damned nice to be able to sit down and listen to something that speaks eloquently in the tradition of those older artists and traditions, and yet manages to bring something new and funky to the table."

"I really think Billy Jones is great and very original. Originality is getting very seldom in the blues tradition."

"Updating the blues for the 21st century is not an easy matter... Billy Jones has managed it.

Think Bobby Womack with Curtis Mayfield's social conscience and you are getting close.

and maybe that will get more people to listen to his message.

Jones has a voice that will enchant you. This is a fine, soulful album..."

"Billy Jones definitely puts his soul into this music as his vocals are a great blend of blues intensity and style with urban soul. The songs are compelling at the very least because they both pay homage to the blues and soul greats, but also because they show a wide range of influences and musical diversity.

There are some moments where I hear a straight soul feel, others remind me so much of another blues great, Robert Cray, and others are just a great blend of multiple genres while still maintaining a great late night, urban club feel.

No matter if you want to call it soul, blues, or R&B, Billy Jones can really put some emotion into his music, and as I say all the time, that is what music, and especially blues, is all about.

Overall I think Billy Jones definitely is making some great music worth checking out if you’re into blues and especially if you’re into soul, but also if you’re into more modern R&B. I think fans of all of these genres can probably find something they’ll like”. http://www.soulofrocknroll.com/?p=81

"A few words to let you know that I received on last Wednesday the new Billy Jones 'my Hometown' CD. Thank you for sending it!" ... thank you again! It will be played next Wednesday!"

"I really like the way that Billy Jones seamlessly segues from fierce grooves to smooth soul ballads. Thank you for sending them my way and rest assured I will be playing these a lot on my show which airs from 9:00 to 11:00 pm MST every Friday and can be heard on the web at www.ypradio.org."

“Original younger generation blues singer/songwriter. His blues are unique. He calls his music BLUEZ. He doesn’t copy nobody. Blues, pure soul without any sentimentalities. Excellent production incorporating modern programming techniques. Never sounding artificial. One of the best releases from the last couple of months.” Detlev Hoegen in the new CrossCut catalogue about 'my Hometown'.

With a smile a yard wide and moves that could make Shakira blush, Little Rock product Billy Jones is a smart, concise player... his live performances are sweaty, gritty, and alive.

His 90-minute set offered danceable funk, plus plenty of the mellow Southern soul... and on white-hot Albert Collins-style electric blues, Jones proved he can tear it up when he feels like it.

He told the story of a “Juice Headed Woman” with the authority of someone who's been there. Later, Jones morphed into Hendrix for a few bars, reaching out to that portion of the crowd that whoops instantly when a guitarist plays with his teeth.

Watching Jones stay focused and complete a thoroughly professional set, I couldn¹t help but think of the song title “Poor Boy a Long Way From Home”. Jones and his band belonged not here, but in some smoky, cramped, sexual-tension-filled room where people are on the make and ready to party. Most of the audience wasn¹t any older than Jones. They just acted that way.

" Exquisite Modern and Traditional Blues by one of the most talented artists on the contemporary scene.

Billy Jones is a young, genius-level, totally charismatic veteran who shows all the signs of becoming as big or bigger than Buddy Guy. This young man has enormous Blues talents.

I recently witnessed a 2-song DVD by Billy and his band that just added to my excitement regarding this on-stage dynamo who boasts movie-star good looks, a Huge voice, great guitar-playing and a Hot repertoire of tunes. All tracks were written by Billy ...and what a voice!

With Billy Jones showing so many talents and covering every single genre close to Blues, the Man is a ‘can’t miss’ star-in-the-making…No wait, he’s not in-the-making…He’s made!

If a major U.S. label doesn’t scoop up this high-level Blues genius within the next 3-4 months then we’re all in trouble! But, whatever happens, No One is going to keep a lid on Billy Jones. He’s off on-a-rocket folks and we certainly need a Big Blues talent like his."

"One of the very Best Authentic Modern Blues albums in recent memory."

"It's a first person rumination about "growing up in the ghetto" that packs a poignant wallop.

The message is deep and heartfelt... lyrically-inspired Contemporary R&B.

Posted by Blues Historian at 9:35 PM No comments: