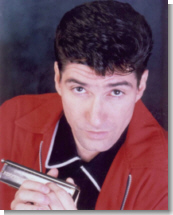 The last of the great delta bluesmen has passed on.  David "Honeyboy" Edwards died today he was 96 years old.  You can read more about his amazing life from this article in the Chicago Tribune.  I will post more, and add updates as more information becomes available.