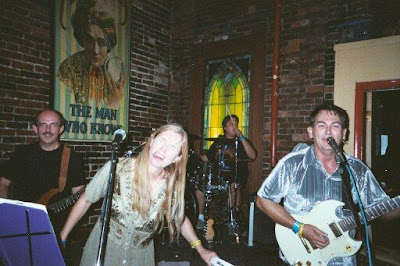 Dewey @ Jodi are at The Firehouse Lounge 7-10pm Sunday night. It’s a nice little place just about 10 blocks south of East Village at SE 6th & Harford. They are rotating different acts every week so we’re there once a month. Come on out and help support another nice live music venue. Hope to see you there!

Posted by Blues Historian at 10:15 PM No comments:

Things are slowing down here at Blues Historian. Back when I started this blog for my Blues History class at BVU, I was posting three stories, and three videos a day. Over the last few years I have added and subtracted features, but I have kept it going. However, things are changing. The blues class that I have taught for the last five years has ended. From what I understand it was a numbers thing, which in is probably a good thing. Teaching every night for three weeks in a row gets old quick, but having the opportunity to teach not only the history of the blues, but the history of African Americans was priceless. Many of my students had no clue about the history of African Americans. Most believed that after slavery everything was great. The blues let me teach that segregation, tenant farming, racism, and Jim Crow made life harsh for African Americans until fairly recent times.

Keeping this blog alive is becoming more and more a job, and my time to really put in an effort grows shorter as my day job seems to take up what free time I have left. I don't think that the weekly visitor will see much change, but those who stop by daily will probably see several days between posts at times.

I wish I had more time to work on this blog, because in many ways the blues is hitting hard times as well. festivals and blues societies that were the life blood of the blues for many years are experiencing the bad economy just like the rest of us. We are all pinching pennies and not spending what we use to, to support the blues, and that is certainly having an effect on musicians, promoters, and blues societies. Plus file sharing doesn't help. I know that those of you who get your music free think that given the current economy that at least you are listening to the blues, but you are killing us. Musicians who don't get paid for their hard work, stop making music.

So, please support your local bluesman, and blueswoman, keep the blues alive by PAYING for your music, and certainly check out the live shows.

ALWAYS GOOD TO SEE EVERYONE AT SMOKIN' ACES SHOWS! THANKS FOR YOUR SUPPORT AND A SIZZLIN' GOOD TIME! WE WILL BE AT FRANK GUIDO'S KINGSTON FRI. 11/13 7PM-10PM AND AT CLAUDE'S IN PHONECHIA SAT. 11/14 9-PM-1AM. HOPE TO SEE YOU THERE! SONNY

claude1_n.jpg
Posted by Blues Historian at 9:36 PM No comments: 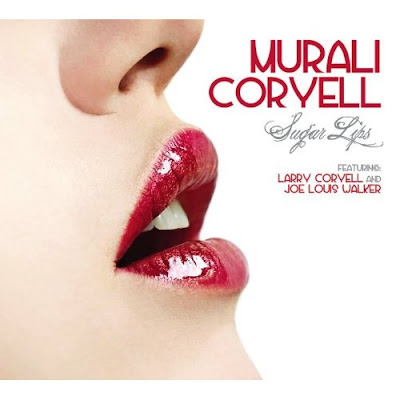 Just in time you can now pre-order the new Murali Coryell CD "Sugar Lips" on Amazon! @

On the new CD “Sugar Lips" Murali Coryell shines alongside featured guest artists blues master Joe Louis Walker and jazz guitar legend and father Larry Coryell. With his James Taylor meets Marvin Gaye type vocals and Jimi Hendrix meets Eric Clapton like guitar playing, Murali continues to expand contemporary blues with 12 new songs. Recorded in Nashville, the unexpected loss of Murali’s mother was the genesis for the new CD “Sugar Lips" produced by Tom Hambridge who brings out the best in the all-star cast. This CD is a must hear! Available In stores November 17th.

Posted by Blues Historian at 9:18 PM No comments:

Posted by Blues Historian at 10:01 PM No comments:

Posted by Blues Historian at 9:48 PM No comments:

Gladys Knight And The Pips: Neither One Of Us

This is a cool clip of Gladys Knight and the Pips taken from a TV show.

Posted by Blues Historian at 9:33 PM No comments: