I am playing solo piano as part of the Bob Dorr's annual Happy Blue Year. NYE at the Hilton Garden Inn in Urbandale Iowa. Located conveniently off of I-80/35 and 86th street. It is a great show and tickets are still available. Included in the show are of course the star of the show Bob Dorr, with his guests Matt Woods and the Thunderbolts, Joe and Vicki Price, Six Ways to Sunday, The Erick Hovey Band, Toney Brown, and myself. Of course the night before my good friend Rob Lumbard will be playing. More information can by found at

Posted by Blues Historian at 6:43 PM No comments: 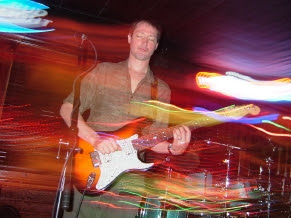 Over the weekend I found out from Soulbluesmusic.com that Lee Shot Williams had passed away.  According to the website Williams album Cold Shot, was voted best blues release by the Living Blues readers in 1995. For more on Lee Shot Williams Click HERE.

Here is a video with Lee Shot Williams and Gerri Taylor