News out of Oregon Music News, is that Malaco Records was destroyed by a tornado on April 17th.  Fortunately no one was hurt, but it sounds like the master recordings of ZZ Hill, Little Milton, and Bobby Blue Bland, and many more may have been damaged or destroyed.  Link to the story is HERE. If I hear anything more about the master recordings I will update.
Posted by Blues Historian at 5:05 PM 1 comment:

I have debated posting this video, not because of the foul language (Beware Cee Lo using the F word a lot in this song:-) You see the kids at the high school are in love with this video not because it is an amazing soul song, and isn't it nice to hear a great melody on the radio again????  It is too bad that the kids have no clue about why THEY SHOULD LIKE THE SONG!!  Just because it is funny and he says F you, a couple a dozen times the high school crowd thinks its cool.

The reason the language doesn't bother me, is that blues singers have sworn and cursed for decades.  there are songs out there from the 20s and 30s that would make a sailor blush!   So this is nothing new, and I certainly hope that Cee Lo can keep his career going after all the tiny boppers move on to the latest Lady Gaga single. What bothers me is the large number of Southern soul artists who are doing songs far better than this, that no one has heard.  I hope that a handful of kids who are into Cee Lo will look into soul music, or better yet search this blog for soul music, and find out that there are a lot more great artists doing this great music.

However, that said this is a damn good song, so if you can handle the language give it a listen:-)

Posted by Blues Historian at 11:04 PM No comments:

According to Soul Blues music on facebook Reggie P has died.  Reggie was born in Memphis and was part of a large group of touring southern soul artists who have gone unrecognized in the larger public for far too long.  For a very short biography click HERE.  You can also find some more information about Reggie P and insight on Southern Soul from the Daddy B Nice website HERE.  If you can add more information about Reggie P please post them in the comments or email me.

UPDATE:  Here is a link to a youtube video of Reggie P.  http://www.youtube.com/watch?v=9b0C33QWiOw&feature=related  It is a live video and probably one of the last videos of him.

Taylor Hicks: Who Do You Love, Big Boss Man

Taylor Hicks Jamming the blues.  The man is a bluesman I just don't understand why the blues crowds haven't accepted him yet.

Yes, this note comes WAY earlier in the night than normal. They say (who exactly is this all knowing "they" anyway?) that the older you get, the earlier you rise and the less sleep you need. Well, the two "elder statesmen" (Mark & Jeff) of the Blue Band proved that Thursday morning by calling a rehearsal at ELEVEN IN THE MORNING for our little acoustic trio that we're doing on Sunday evening. Consequently, I'm runnin' out of steam and it's not even 2:15am. (Can you believe that since we no longer have a "regular" sax player, I am now the second youngest guy in the group?! Can you believe that The Chief is the youngest?!)...
And speaking of getting older, the Campbell/Steele Gallery's ad in the Pulse Entertainment magazine says "Bob Dorr and his band started playing music and drawing big crowds just a few years after Iowa became a state, and they're still doing it." Catch these oldsters TONIGHT (Fri) at the gallery, 1064 7th Ave. in beautiful downtown Marion (suburban Cedar Rapids) 7-10pm (good thing it's GEEEEZER gig hours for us old farts) Tickets are only $5 and there's limited seating/space. Reservations are encouraged at 319-373-9211 or www.campbellsteele.com They have a variety of wines and beers to put you in the mood (the drunker you get, the better we sound) Heath is making the trip from Des Moines to join Al in the horn section. We'll have copies of that new 58 minute DVD available for sale, and a pleasant time is guaranteed for all, no matter how old you are...
Saturday night I'm doing another LIVE edition of the Backtracks radio show. Requests/suggestions/comments/salutations, just respond to this email (advance requests helps me locate your song and get it on the air for you) or check in during the show at 800-772-2440, ext. 5. I answer all the calls myself, so call me baby. Remember, the show deals exclusively with songs that are at least 25 years old. (there's that damn old theme again) Find the frequency in your area or listen anywhere on the planet at www.iowapublicradio.org The program airs 7-10pm...
And Sunday is the aforementioned acoustic trio playing in conjunction with The Hartman Reserve Earth Fair in benefit for Green Iowa Americorps. This group provides free energy audits for the Cedar Falls (Sparkle City)/Waterloo area and free labor for weatherizations in an effort to improve the energy efficiency of homes in the community. (have you seen the price of oil/gasoline lately?) (YIKES!) In order to stay with the green theme, there will be NO electric instruments/Public Address system (you should have heard me trying to sing without a mic at 11am!) The Hartman Reserve is located at 657 Reserve Dr in Sparkle City. The concert features many great local acoustic artists starting at 6pm, we do our trio from 7-7:30p. Reservations are encouraged at at 319-277-2187 ext. 14 or ashley.hrnc@gmail.com...
Next Saturday (4/23) marks our return to The 503 in Iowa Falls (503 Estes St. 9-mid) and Jeff and I are going to try doing a duo on Sat. May 7 at the downtown Cedar Rapids Sub City. This too is an attempt to support another noble cause, called The Food Chain, which attempts to feed the poor and needing citizens in the Cedar Rapids metro. That gig will run 6-9pm. I'll have more info on that one in the coming weeks...
There are still a few great weekend dates available for that deck party at your mansion on the outskirts of town this summer (or your garage for the neighborhood block party) We'll be placing the order for this year's 30th Anniversary Tour shirts (with Steve Campbell's cool logo design, check it out on the homepage at www.theblueband.com) sometime in the next 10 days, so if you want your date listed on the back, book that date soon!...
Well, I better get going before the coach turns back into a pumpkin, see ya on the Blue Highway (but not too early, uis youngsters need our beauty sleep), play that washboard tie to the tune of I Ain't As Young As I Used To Be, But I Ain't As Old As You Think I Am. Remember, there's nothin' like CAKE for breakfast at 10:55am, (but PIE is a close second) and never forget that we love you. Bob Dorr & The Blue Band
Posted by Blues Historian at 10:18 PM No comments: 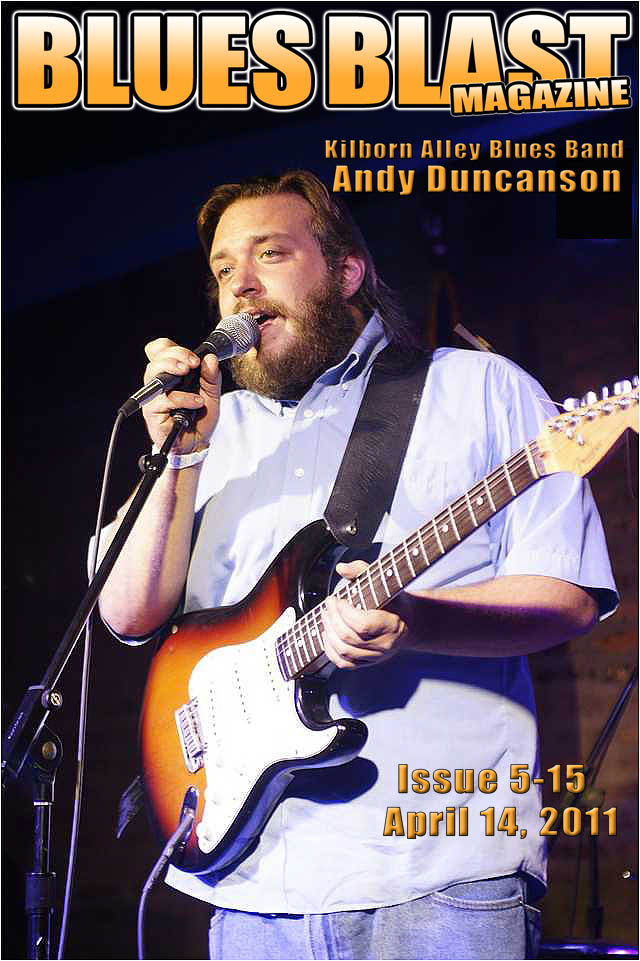 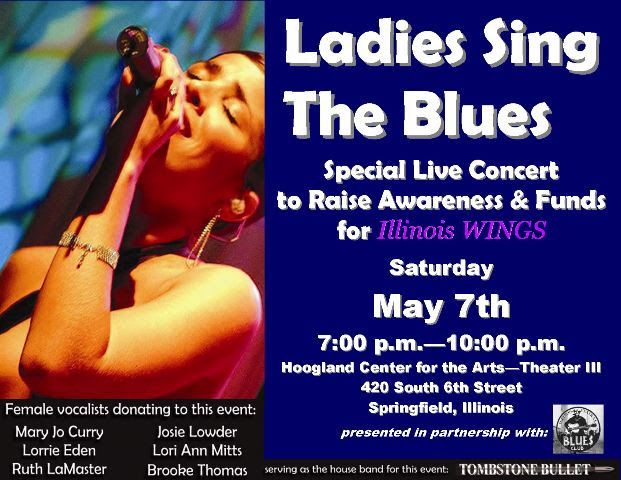 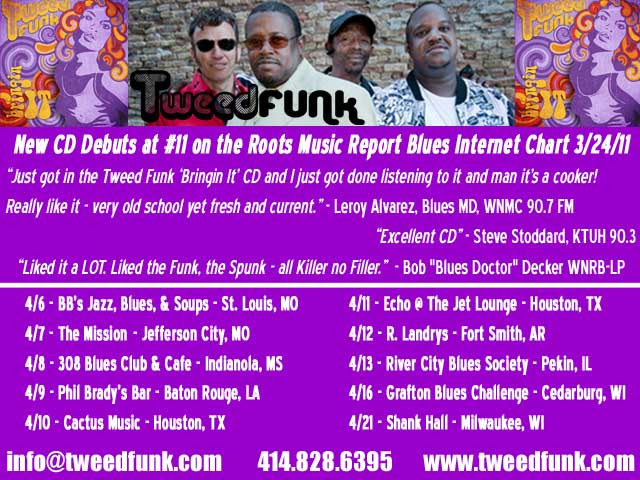