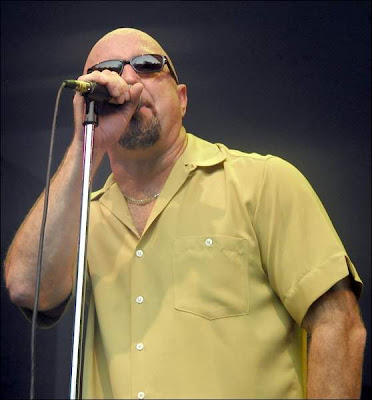 From the South Bend Tribune, comes an interview with Kim Wilson of the FabulousThunderbirds. He has an interesting take on blues, and blues rock. He doesn't mention people by name, but to say he is upset with guitar players who wank on their guitars all night is an understatement:-) I also like his respect for the music and who came before him. Wilson learned the blues from some of the greats, and still believes in making music like they did. Read all about it here.
Posted by Blues Historian at 9:03 PM