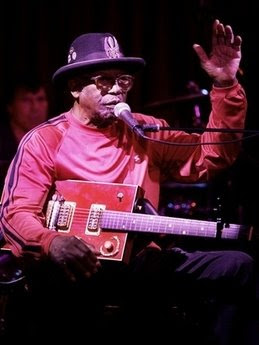 The great Bo Diddly has died in Florida of heart failure, he was 79. Bo had suffered a stroke earlier this year after performing in Council Bluffs Iowa. While he was recovering from that he then suffered a heart attack. For more news on Bo Diddly Click HERE.

Bo was a huge influence on Rock and Roll. Buddy Holly covered Bo's self titled song Bo Diddley, and Holly's use of rhythmic guitar certainly was influenced by Bo Diddley. I will update if anything new pops up on the newswire.


This just in from Bob Corritore on Bo Diddley

Posted by Blues Historian at 4:05 PM