Little Walter Inducted Into The Rock And Roll Hall Of Fame 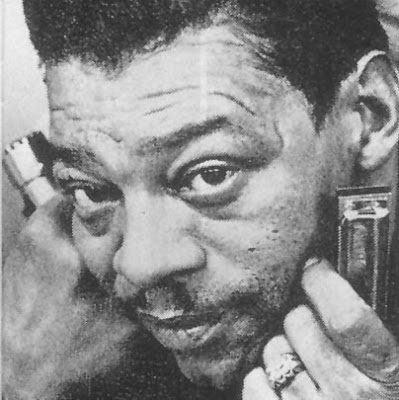 Press release from the National Rock And Roll Hall Of Fame. I highlighted in blue Little Walter who is the only bluesman inducted this year.

December 13, 2007—New York—The Rock and Roll Hall of Fame Foundation today announced its inductees for 2008. The inductees will be honored at a ceremony on March 10, 2008, at the Waldorf-Astoria Hotel in New York City.

“The 2008 inductees are trailblazers – all unique and influential in their genres,” said Rock and Roll Hall of Fame Foundation President and CEO Joel Peresman. “From poetry to pop, these five acts demonstrate the rich diversity of rock and roll itself. We are proud to honor these artists and celebrate their contribution to rock and roll’s place in our culture.”

The performer inductees are:

The Rock and Roll Hall of Fame also announced the induction of Little Walter in its sideman category, and the newly named “Ahmet Ertegun Award” (formerly the non-performer category) will be presented to legendary producers, Gamble & Huff.

In addition to being honored at the March ceremony, each inducted artist is commemorated at the Rock and Roll Hall of Fame and Museum in Cleveland Ohio, which serves as a monument to rock and roll’s impact on our culture. There, this year’s inductees will be honored – along with previous year’s inductees and hundreds of other artists – with exhibits, video and interactive presentations and programs that serve to tell the story of modern music. The Hall of Fame itself will include artifacts from this year’s inductees, a multi-media presentation with highlights from each artist’s career and their signatures permanently engraved in the glass walls of the Hall of Fame.

Presenters and performers at the induction will be announced at a later date. The induction ceremony will again air live on VH1 Classic on March 10, 2008.

Posted by Blues Historian at 4:26 PM