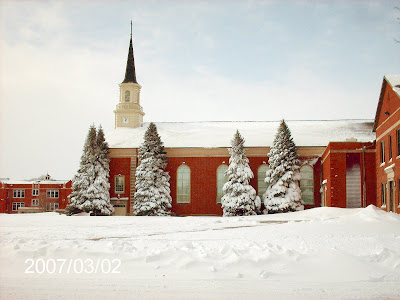 Here is the schedule of events for the January Blues Series at Buena Vista University in Storm Lake Iowa. If you are lost in the frozen tundra of NW Iowa and need some red hot blues to warm you up then check us out! Here is the press release for the show.

History Of The Blues Concert series

Ronn Hill was born in Des Moines and grew up in the legendary Center Street neighborhood of Des Moines. Both Ronn’s father and uncle were musicians who played on Center Street, and many times they brought home some of the most legendary blues and jazz musicians of the era with them. Performing since he was 16 years old, Ronn grew up playing blues, soul, and gospel music, and traveled all over the United States. Now living in New Mexico, Ronn is returning to Iowa to perform for the Blues History class at Buena Vista University. He also has a CD available for sale called, Healed. Ronn performs at BVU’s Anderson Auditorium at 7pm on Friday January 4th.

Backing up Ronn Hill, is Iowa’s own Erick Hovey Blues Band. Erick has performed for many years here in NW Iowa, and has a large following not only here in Iowa, but overseas as well. Erick will also be performing Saturday Night at the Cherokee Jazz and Blues festival with the Hooterville Allstars.

At Anderson Auditorium at 7pm on Thursday January 10th , The Tom Gary Blues Band performs for the blues history class. The newly reformed Tom Gary Blues Band features some of the areas best talent. Tom Gary, Jim Davis, Don Demers, and Paul Sleezer have put together a tight band with incredible back up. They certainly entertain the crowd, and bring to life some of the best music of the 1950s, with a touch of early 70s funk.

Finally on Monday January 10th, 7pm in the Anderson Auditorium, Iowa Rock and Roll, and Iowa Blues Hall of fame member Bob Dorr performs with Tom Gary for the last show of the series. Bob Dorr returns from last years show where he thrilled the crowd with his singing and harp playing skills, and also took time to teach all the students how to play harmonica with instruments he bought for them! Bob has performed for years as the leader of the Blue Band one of Iowa’s most storied bands.

All show start at 7pm at Anderson Auditorium and are FREE. Make plans to warm up your night with some red hot blues. Also since it is J-Term there is always plenty of seating available so don’t miss out on some great blues!

Posted by Blues Historian at 4:38 PM