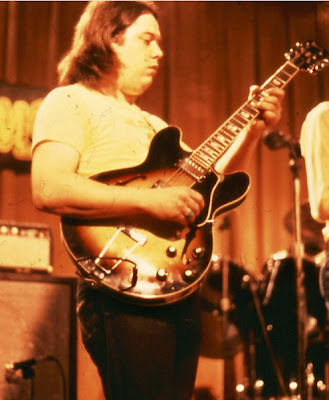 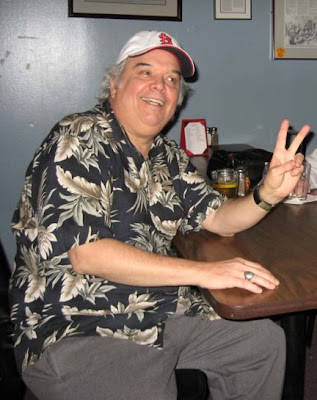 I received an email this morning from Randy Smith in regards to the death last night of his brother Gary. Gary will be sorely missed on the local blues scene. He was a nice guy who helped out all musicians, and always ran jams that were fair to everyone. He played in a lot of bands over the years, including the third installment of the Tom Gary Blues Band. He played with us at Spaghetti Works one night during one of blues fests. He played Gary Moore's Still Got The Blues For You. He smoked that song that night, and the audience went wild. Gary was a good friend, and one that you could always count on. I was glad that he carried on the tradition that Jimmy and me started at Hull Ave. The Sunday night jam session was a great gig, and Gary keep it going on. I will miss him a lot. Rest in peace Gary

I received this photo and words from Randy as a memorial to his brother: 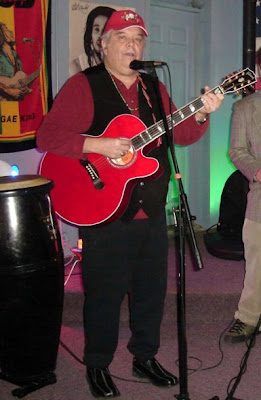 Randy also sent along a link to Larry Berenguel site that has pictures taken during a jam session at the Kavanaugh House held for Gary. CLICK HERE Randy also was nice enough to send some MP3s of his brother. I don't have any way of posting them here, but I am going to look into putting up a podcast of some local music in the future, and I promise to put those songs in it.

At this point there is a planned celebration of life for Gary to be held at Orlando's in Des Moines sometime this weekend. As soon as I hear more details I will let you know.
Posted by Blues Historian at 12:56 PM

Wow...very sorry to hear this news; Gary and I were roommates at the Missouri Baptist Children's Home in the late 1960's, and also at William Jewell College later on. We played together many times in those days, but I hadn't seen him in many years. I'll posy Randy and see what happened...indeed, RIP, he was yoo young to go...best from Denver...Neil Haverstick

Gary was a great guy.

It is very sad news, but it was expected, just not this soon.