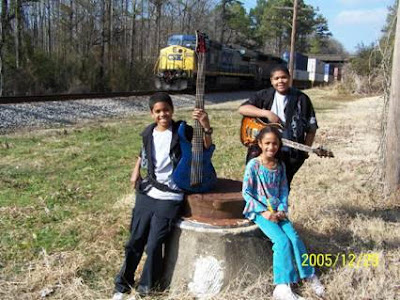 Apparently at the last International Blues Challenge, in Memphis a band of kids called the Homemade Jamz Blues Band came in second. that is quite the accomplishment. The Band will be performing Thursday night at WC Handy Music Festival in Memphis. If you would like to read an interesting interview with some kids who are truly keeping the blues alive, then check out this article from the Times Daily in NW Alabama.

Here is a short clip of the band. You got to dig the little girl on the drums! She plays better than most guys I have played with that are five times her age:-)

Posted by Blues Historian at 11:18 PM