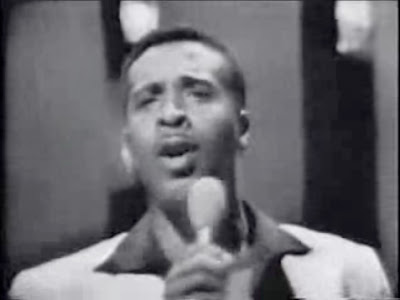 Levi Stubbs of the Four Tops died the other day. Unfortunatly, I am way late in posting this. For his complete obit please check out the LA Times HERE.

Here is Levi in his prime! very cool

Posted by Blues Historian at 9:51 PM

Bluesman: I posted on him at daddyBstrong.blpgspot.com He was one of my favorites. Here's the piece:

Levi Has Left Us, But What He Represents Remains

"It is not only a tremendous personal loss for me, but for the Motown family, and people all over the world who were touched by his rare voice and remarkable spirit. Levi was the greatest interpreter of songs I've ever heard."
--Barry Gordy, founder of Motown

Levi is gone. He died at the age of 72 from cancer and a host of illnesses. But in another way, he is still with us. Don't believe me? Tell you what: when you go to your parent's house this thanksgiving, check out their record collection. I bet you'll see an album or CD of the Four Tops.

Don't want to wait that long? Then check out the R&B section of the nearest record shop. You'll see a number of Four Top CDs displayed prominently.

Too lazy to get out of the house? Check You Tube. They're there. You'll no doubt see them perform hits like "Baby, I need your loving," "Sugar Pie Honey Bunch," or "Just ask the lonely," the daddy's favorite. But there's another way that Levi and the Four Tops are still with us.

Levi and The Four Tops represent a legacy of political and personal struggles of African Americans to beat the odds, to succeed as individuals and as a people in the face of American oppression. Levi didn't come from a privileged family like, say, Sen. John McCain. Levi and his three buddies came from inner-city black communities during the fifties and early sixties, a time when crime wasn't so bad, when kids hung out under street lights near the houses or in their front yards.

In their front yards, girls danced to Martha and the Vandellas and James Brown blaring out of a living-room window. Under street lights, boys sang doo wop, honing their harmonizing skills and practicing steps for the next singing contest. Levi and the Four Tops represent a time and a place in America when making music was not more or less a modeling contest of privileged whites or middle class black rappers seeking fame by bragging about violence and calling women names to get some kind of rep in a phony thug culture.

Making music, above all, was an expression or outcome of the values that were inculcated in black kids by their parents and their community: Hard work, cooperation, and excellence. Put another way, Levi and the Four Tops, as well as the singers, producers, choreographers and studio musicians at Motown, the label under which they sang, were as American as sweet potato pie.

And, despite the emotive utterances, teenage angst and phony hip hop that passes for talent on commercial radio these days, the true talent in R&B, hip hop, jazz, gospel and blues is still there in black communities; and it's still there, because black parents are still bearing and rearing the Smokey Robinsons, the Pervis Jacksons (leader of the group called The Spinners), the Diana Ross's, the Mary Wells, the Marthas, the Isaac Hayes, the James Browns, the Otis Reddings and the Levi Stubbs. More importantly, despite increasing violence and decreasing paychecks and dwindling home equity in some neighborhoods, those black parents are inculcating the same core values that their children will need to be successful: work hard, cooperate, believe in excellence and believe in yourself.

Because of crime and other factors, you don't see them under street lights or even in the front yard at night. Most likely, the boys are in a basement, their makeshift studio, the girls in their bedroom, their impromptu stage and dance floor.

Can you see the American in them-- and in you?

Everyone needs to stop by daddybstrong.blogspot.com and read macdaddy's posts. He will open your heart and mind.

I'm newbie here, I hope to get friends at this forum

Hello! I really liked your forum, especially this section. I just signed up and immediately decided to introduce myself, if I'm wrong section, ask the moderators to move the topic to the right place, hopefully it will take me well... My name is Mary, me 29 years, humourist and serious woman in one person. I apologize for my English