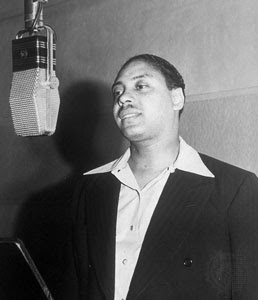 I got this great email from Daddybstrong, about a conversation he had with a guy about Bill Haley. Click here to read his post. (To Check out his very cool blog Click HERE.) It is funny how little people know about the roots of rock and roll. All of the people we consider the fathers of rock and roll really stole their music from African American R&B and blues artists. Bill Haley, Jerry Lee, Elvis, Pat Boone, re-recorded songs that were already hits on the R&B Charts. However, it goes beyond that. It is the false information that some people have about history that bothers me. It reminds me of the post I deleted about a year ago. I had posted the story about a guy who believed that the Irish had a part in inventing the blues. I really laid into that statement, but I ended up deleting the post because the guy who I wrote about it was upset. (Trust me that won't happen again) The bottom line is that many people want to take credit for the accomplishment of African Americans. Part of it is just a total lack of knowledge and latent racism. Most of the people who make those comments are over the age of 45, so they grew up in a segregated world that forced second class citizenship upon African Americans. So people who grew up in the era obviously can't get it through their thick heads that perhaps someone besides white guys can invent something great. It is sad that in 2008 people still believe this crap. Just listen to some of the comments made in West Virgina about Barack Obama. Even Hillary Clinton who I used to respect has made crazy claims that she is the best choice for the Democrats because hard working white folks like her. Seriously, if it is the white redneck southern vote is the deciding vote for the next president then we are truly screwed.