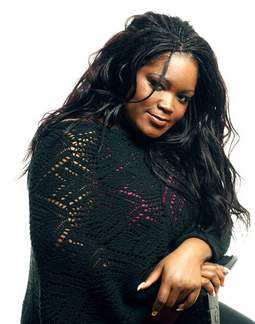 Just received this email from Illinois blues. Shemika Copeland's band was involved in an accident. They had to cancel tonight's show. More details below:

The Shemekia Copeland concert scheduled for tonight, January 24th, 2008 at The New Lafayette Club in Bloomington, IL has been cancelled. The group has been in a car wreck in Chicago.

John Hahn Management, Inc. reports that Shemekia and her band were traveling in separate vehicles. The van the band was traveling in was involved in an accident with a large truck. The van was totaled. One of the occupants Damon Epply had to be extracted from the wreckage and appears to have suffered minor injuries. The others were all shaken up pretty badly and were seen at the hospital for examination and treatments for minor injuries.

Shemekia was traveling to the show from another location and was not involved in the accident but regretfully had to cancel the event. The New Lafayette Club apologizes for the inconvenience this may cause. They will give refunds to anyone that has purchased tickets.

Buyer’s may choose to keep the tickets and use them for the February 7, 2008 concert with the Legendary Rhythm & Blues Revue featuring the Tommy Castro Band with special guests Deanna Bogart, Magic Dick and Ronnie Baker Brooks instead of a refund. For further information please contact:

Posted by Blues Historian at 6:02 PM