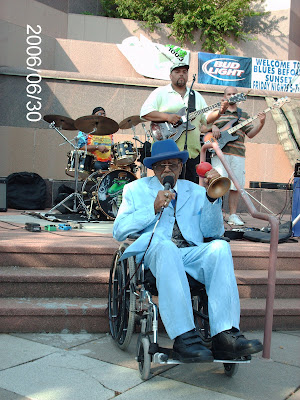 Almost one year ago my hero Jimmy Pryor died. He was 90 years old, and lived a great life, but it still saddens me to have lost such a good friend. Jimmy was like a grandfather to me. He taught me about life, how to be a better person, and how to put on a show. Also, he led by example. He was good to his fans, and always had kind words for them. It also didn't matter if he didn't know them, he still treated them like his number one fan. The photo above was taken at what probably was his last live performance. 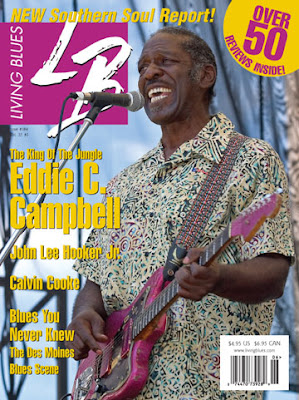 Jimmy was being honored for an article that I wrote about him in Living Blues. (To buy the magazine click HERE) The band performing that night was the Blues Instigators from Iowa City. They were very cool, and let Jimmy sing his famous Jimmy Shuffle. It was a good end to a great career. My only wish is that I had put a band together with Jimmy a few years earlier when I first met him, instead of six years later. However, from 1999-2006 we had a heck of a great time. 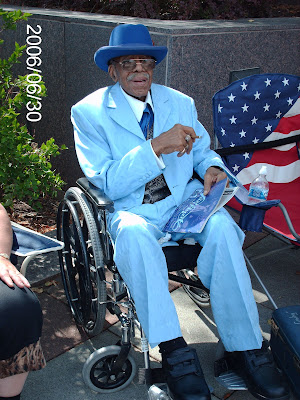 Posted by Blues Historian at 10:06 PM