Harry Carey: Take Me Out To The Ball Game 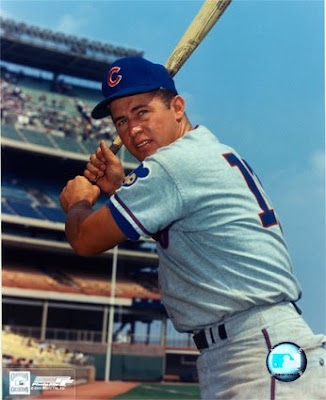 This is how Take Me Out To The Ball Game needs to be sung at a Cubs game. If there is one thing I can't stand is having celeberties sing the 7th inning streatch at Cubs games. I mean enough already. I can't stand it. I didn't like it when they started it after Harry died, and I really don't like it now. What they should do is let Ronnie do it! Ron has sang the song more often than anyone else this year, and he has figured out how to do it right. If Ronnie is leaving the booth this year, then give him the job of singing the 7th inning stretch full time next year if he wants it! It's just not going to be a real cubs game if Ronnie isn't involved, so stop the silly celebrities, and let the 6 time gold glove, perennial all star, and the best third baseman in the national league in the 1960s SING THE SONG!!!

Posted by Blues Historian at 10:59 PM