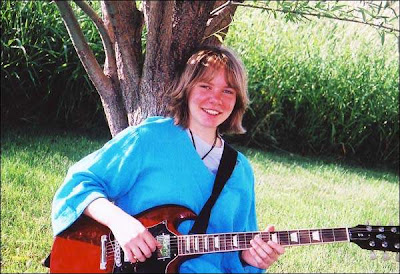 According to the Sheboygan Press, 15 year old Sequoia Virgin is turning into a blues prodigy. (See Story Here) On one hand I like the fact that young people are into the blues. However, I still wonder just how good you can be at the blues at a young age. As on the great blues masters once said : The music is easy to learn, but it takes a lifetime to master. According to Sequoia:

"I seem to have a voice that's made for the blues" she said without any hint of pretension. "I really didn't know much about blues music and I haven't had any exposure to it around here, so I can't explain why it all just fell into place. All I know is that I want to do this for the rest of my life."

Her love of blues music led Sequoia to want to know more about its history and people, so she dug in at Mead Library and was both enchanted and saddened by what she discovered.

"Now that I know more about the terrible suffering slaves endured, it's added a richness and depth to my interpretation of their music. I can see that the blues was a way for them to communicate, and even though I realize I'm very young and it's not PC for me to be playing the blues because it isn't my culture. We all suffer in different ways just by being alive. That's why the blues can resonate for everyone, if they just relax and let it in."

Just to clarify, blues came after slavery, but work songs, certainly were used for communication during slavery. I feel pretty good that as she gets older, and searches deeper into the blues and the true history of the blues , that she will turn out all right. After all the music is what gets you in, its the story of the blues that holds you. Good Luck Sequoia!! Keep on playing the blues!!
Posted by Blues Historian at 3:48 PM

Check out a Sequoia performance.