As of now BB King still lives.  He is at home under hospice care.  While most people used hospice at the end of their life, it also can be used for elderly people without anyone to help them.  It is really hard to know just what is going on.  There seems to be a feud between BB Kings management which has power of attorney.  Vs. the family who called the police because of what they believed was elder abuse.  It is also hard to know just what happened in BB's brief stay in the hospital.  I have avoided all of the typical parasitic paparazzi tabloid new sites, because they really don't know either.  What I do know is that BB has been sick since last winter and has canceled months of shows.  This is not good.  However, don't give up hope. Keep positive thoughts going his way. 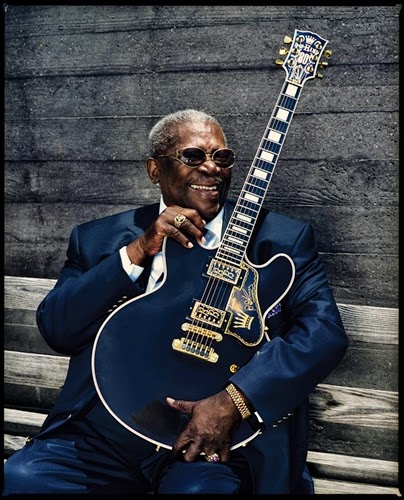 Posted by Blues Historian at 11:53 AM