Artist Of The Week: Charlie Patton 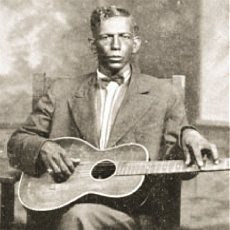 Artist of the week is the great Charlie Patton. Patton was one of the first of the recorded Delta bluesmen. He had his own percussive style that made him stand out from his contemporaries. Patton influenced many great bluesmen, including Son House, Robert Johnson, who later influenced Muddy Waters. To check out some video's dedicated to Patton, check out the video bar on the left side of the blog.
Posted by Blues Historian at 6:36 PM

one of my favorites Bluesman from the 20's...