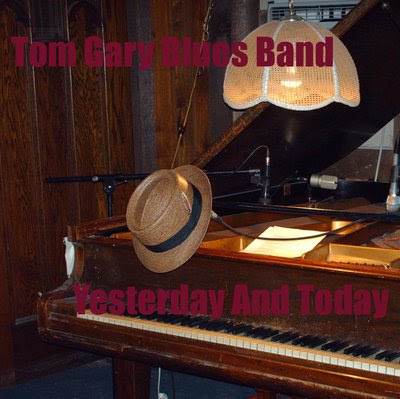 Some cool blues shows are coming to Storm Lake the next few weeks. First it is the return of the Blues history concert series. Once again I am teaching Blues history at Buena Vista University, located on the frozen shores of Storm lake! This year we have on January 9th, The Eric Hovey Band, on January 13th Bob Dorr, and Jeff Peterson of the Blue Band, and on January 15th The Tom Gary Blues Band with special guest Ronn Hill. Ronn is suppose to play with us on the 15th, and this will be the first time he has played in over a year! So this should be a great show! Ronn now lives in Chicago, but he has also been blues and soul legend in every town he has lived in. Born in Des Moines, he has also established himself in not only Chicago, but also in Albuquerque New Mexico, and Las Vegas Nevada.

Also a couple more cool shows coming up. On January 9th Eric Hovey is playing at the Lake Ave Lounge. This is a cool retro bar located on Lake Ave in downtown Storm Lake. It is in the old Masons building, and has been refurbished to its classic 1950s look! Eric is performing from 9-1 on Friday January 9th, and on January 10th The Tom Gary Blues Band will have its CD release party from 8-12! These are some great shows so all of my Iowa readers head on down to Storm Lake and see some legends in blues!!!!!!
Posted by Blues Historian at 6:24 PM