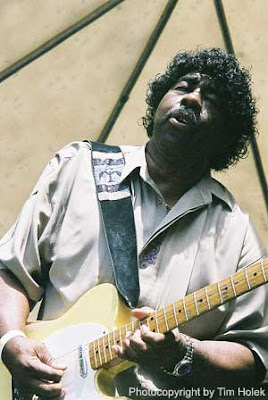 Sad news, Phil Guy blues singer, guitarist, and brother of Buddy Guy has passed away. Phil was a great blues artist himself, and it was unfortunate that more people didn't know about him. Bob Corritore has more on Phil Guy.

Posted by Blues Historian at 7:58 PM